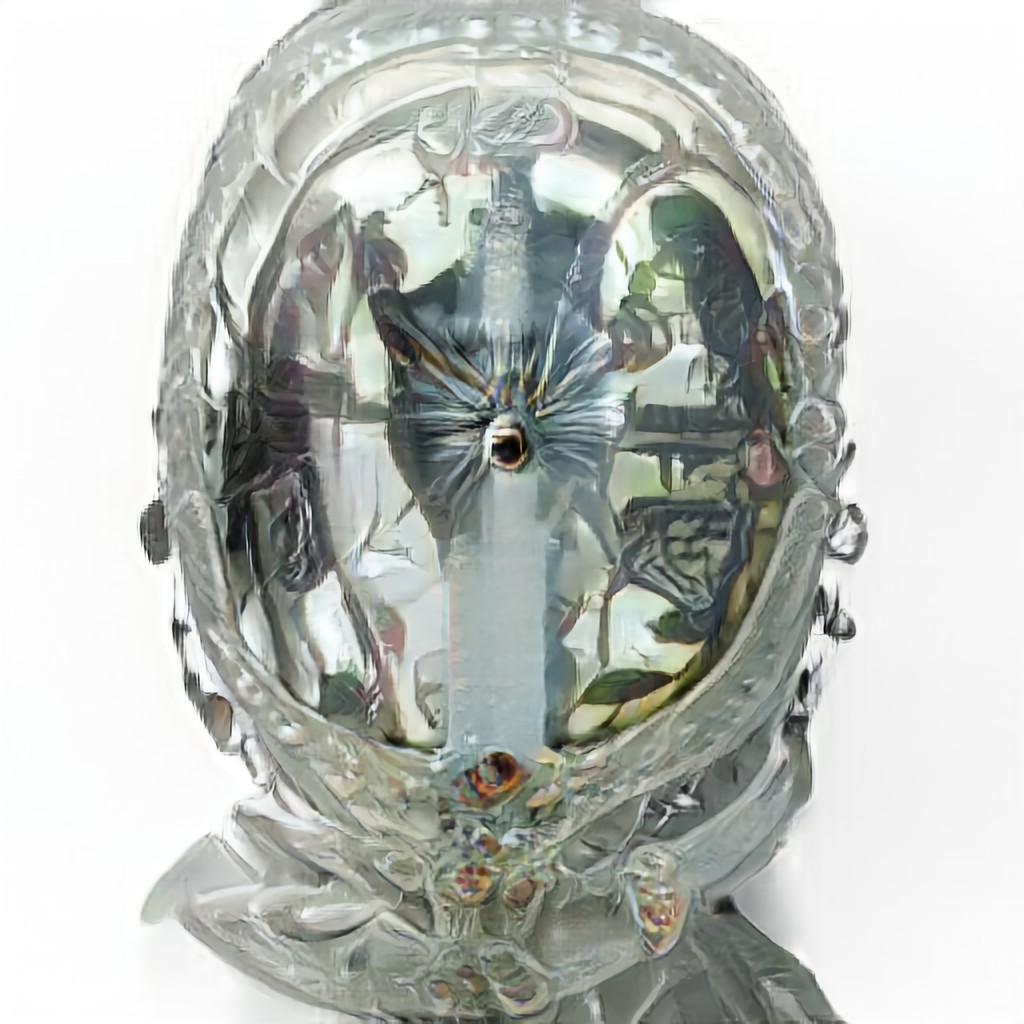 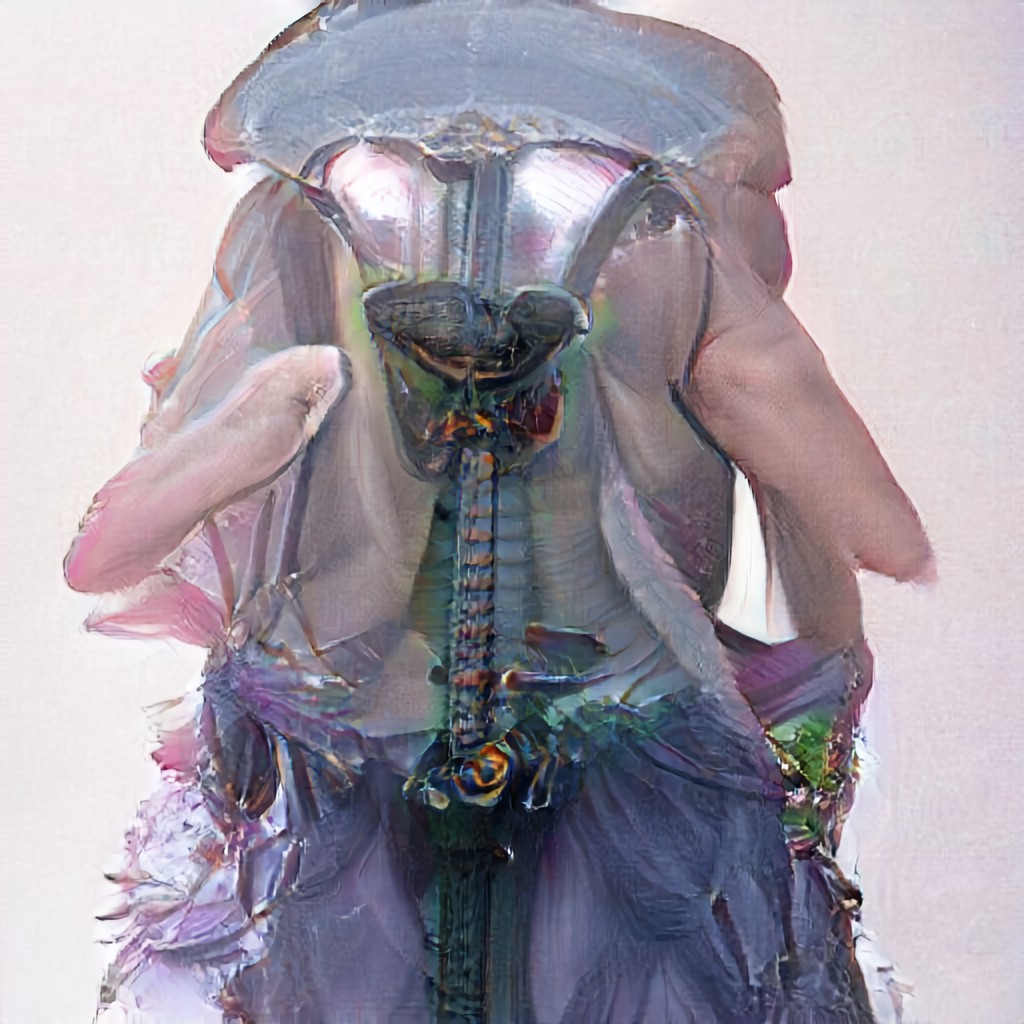 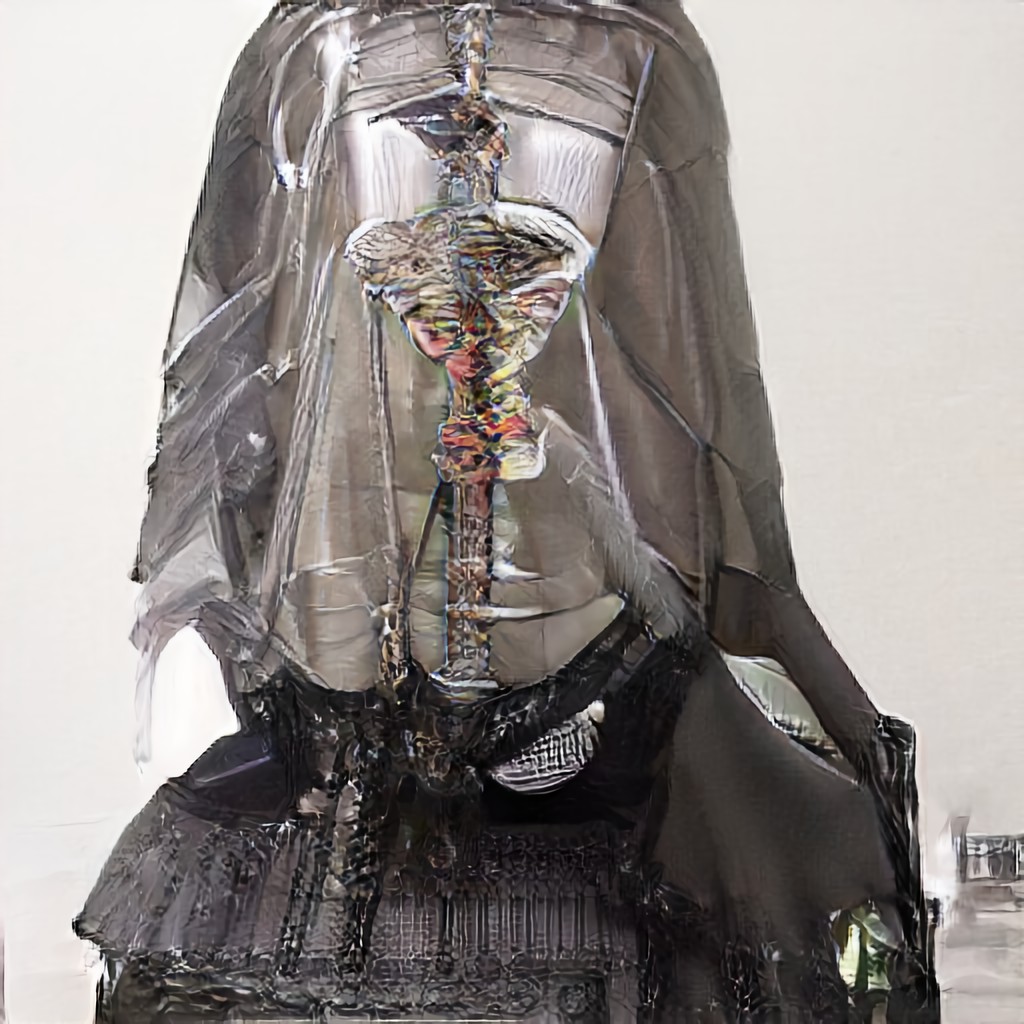 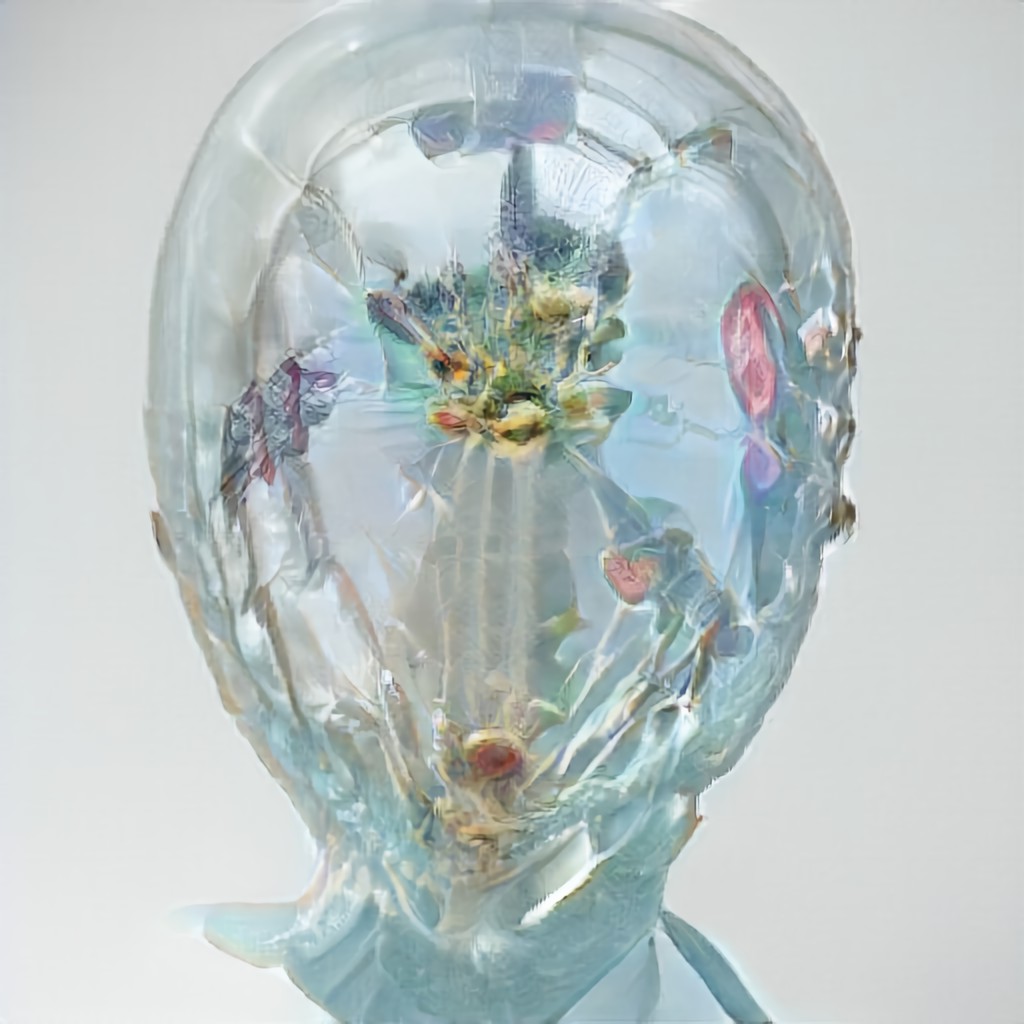 Isaus is tall, with translucent skin and long gray hair. She wears a pearlescent and intricately embellished jumpsuit and helmet and carries scientific tools and scanners. Isaus is reflective and brave. She speaks with a whispery voice. // Isaus is fascinated by biology and chemistry. Her interest and fascination stems from the ancient writings found in ancient ruins across the galaxy and the discovery that the organic molecules within her specie's skin produces electricity like electrical charges in batteries when in contact with the native flora of her planet. This is a common phenomenon for the native flora of this planet as its soil produces both minerals, like silicate quartz, and salts. When she touches these, an electronic reaction ensues. The more her specie's skin contacts this material and becomes electrified, the faster they develop an innate connection and are capable of sensing and communicating with other flora like an instinctual link. // Isaus's partner in research is Mase Robail, a male scientist, master of the research vessel Eratosthenes. His spacecraft appears to be organic, its chitinous shell set with compound sensor clusters. Isaus and Mase work together and their ship is always traveling towards some unknown region in order to gather more data to better understand the nature of the native flora on this planet.

• Dieda: Queen of the Flower, Destroyer of the Hornet Drones

Dieda is repulsive in appearance with iridescent wings. She wears a fine veil embroidered with flower pistils. In order to make a better impression, a large wing is placed on the back of her head. She is well known as the Lady of Light. She is a great lover of the flowers, so she is no less worthy of being the queen of the flower. /// Dieda's family is now engaged in an uprising against an advanced artificial intelligence hornet drone cult that has destroyed her family. After the overthrow of a former government, Dieda, and her brother, were appointed by the Empress in order to restore the dignity of her family. She is in danger of death, with a large staff, branded weapons supplied by cyTek Armament Global, and two other items to hide from the enemies. She is no longer an advocate for the use of unmanned drones in the fields of agriculture and food production. She is also a member of a group of individuals called the Dragonfly Clan. A few of these groups have been established over the course of years in the areas of human agriculture, agriculture, and war. They have fought against all types of insects in the past, including insect larvae. Their mission is to eradicate these hornets from the field of agriculture.

• Riko: Programmer of Computer-Generated Magic, Rescuer of the Oracle Algorithm

Riko has jagged black hair and soft opalescent eyes, & numerous jewel body piercings. She wears black intricately decorated veils and has optical implants. Riko is brutal and crude. She wears black flowers that are extremely beautiful in her own way. She also has a deep, beautiful body. Riko is fierce and truthful. She is a true wife who has never had a lover before. Riko's voice is as she seems to be in her own right. She has a beautiful hair, a strong hair and a large, beautiful eye. She has a beautiful face and a great mouth, but she is a bit too long to even know. ﻿/// Riko is fascinated by computer-generated astrology and divination. She is also fascinated by the way in which computer-generated magic operates. Riko was summoned by a crystalline alien named Pele to deliver a stolen oracle algorithm to an infamous hacker collective. The algorithm was used to create a system of mathematical formulas to calculate the number of possible combinations of magical powers of the universe. Riko was able to obtain the algorithm for the crystalline alien and she used it to create a computer simulation of a future world where the universe would be governed by a neural network trained on the oracle algorithms. 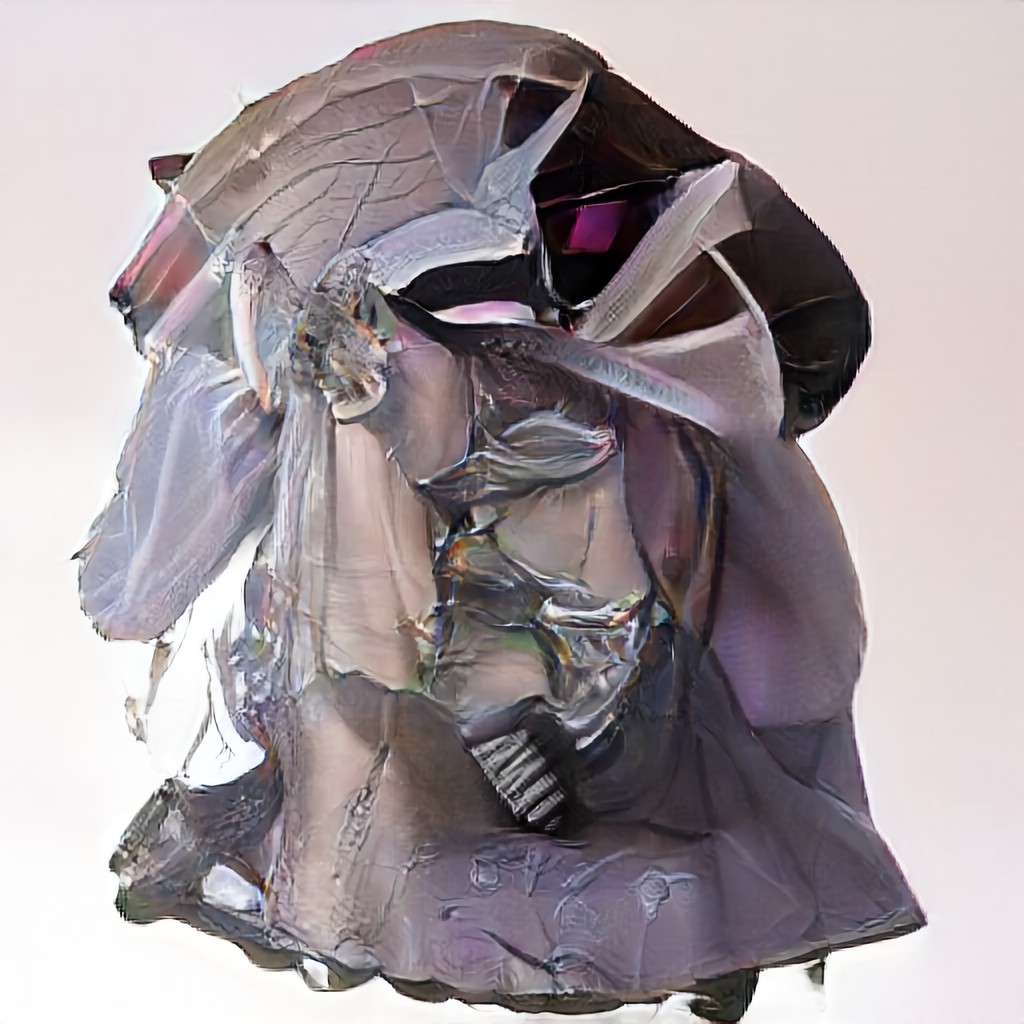 Finding ways to make 3D meshes made out of 2D AI-generated images. 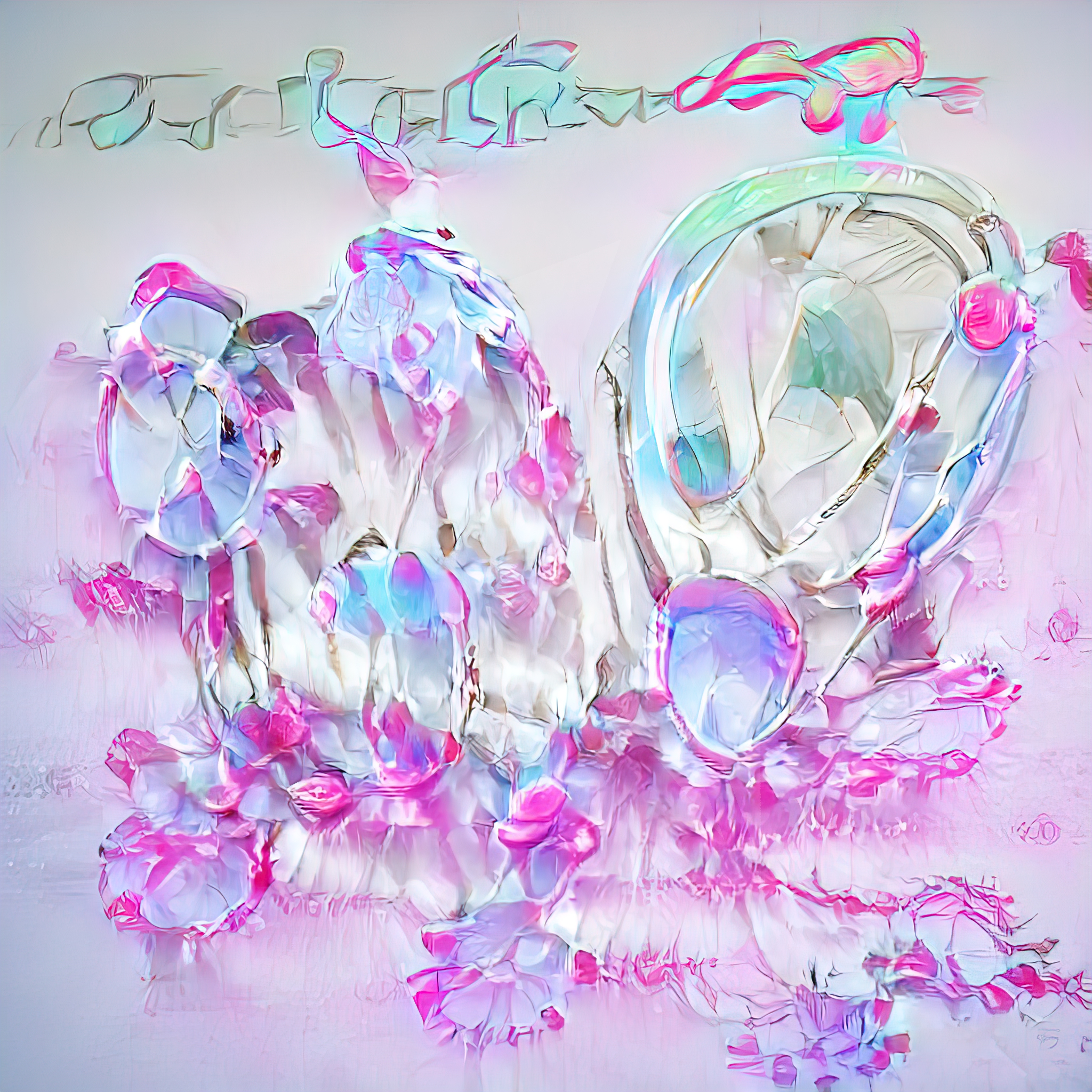 cybertwee ♡ 2077 is a series of images by Violet Forest that uses AI to imagine what a cybertwee fiction could look like as a subgenre of sci-fi and an antithesis to cyberpunk. 'cyber' is a term used for technology, computers and internet. 'twee' is defined as excessively or affectedly quaint, cute, pretty, or sentimental. the genre of 'cybertwee' was coined in 2014 by artist gabriella hileman. the cybertwee collective was formed when hileman, violet forest, and may waver wrote the cybertwee manifesto. cybertwee ♡ 2077 is a solo side project led by co-founder violet forest. 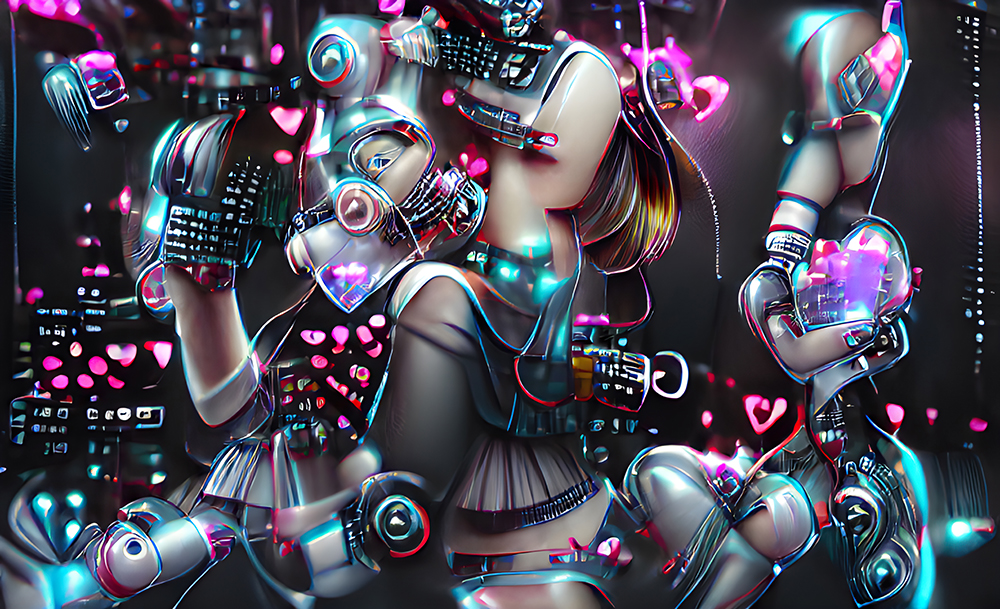 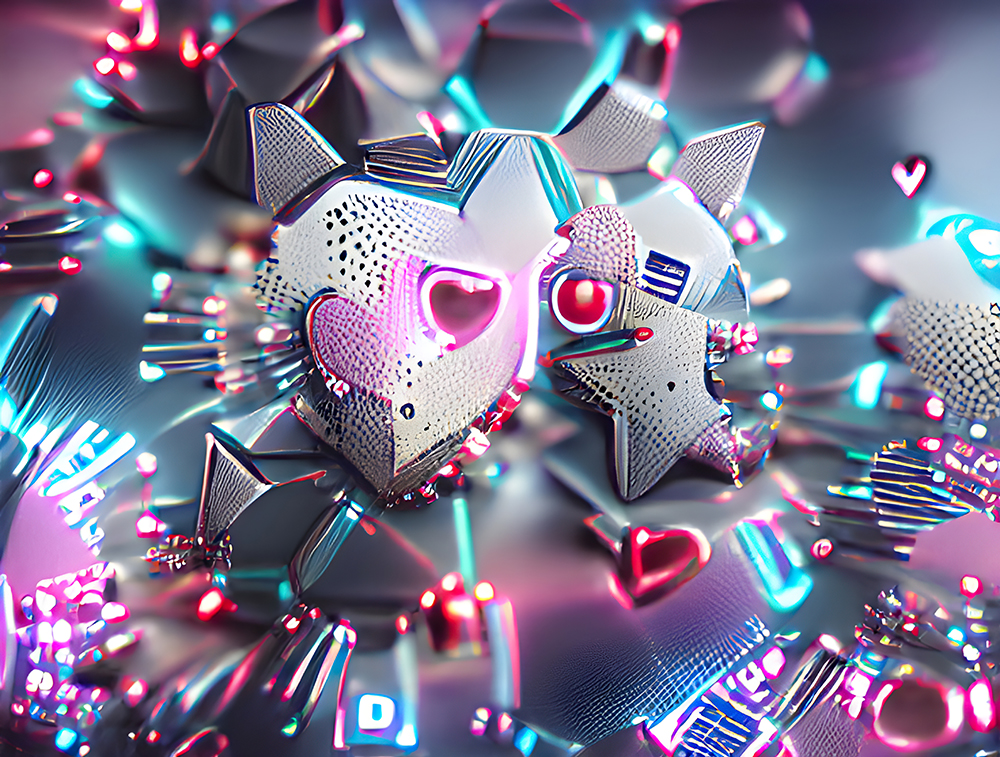 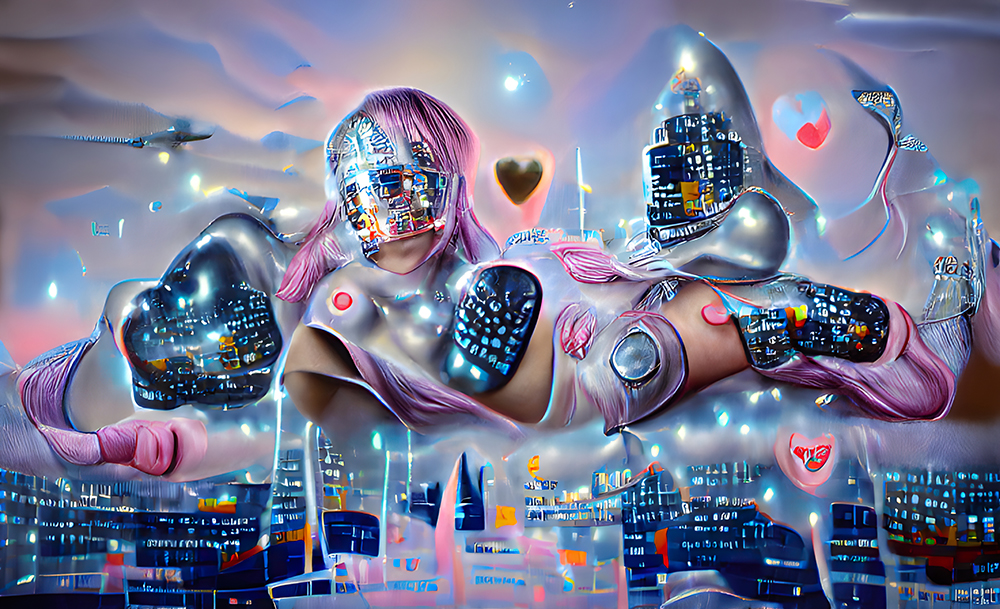 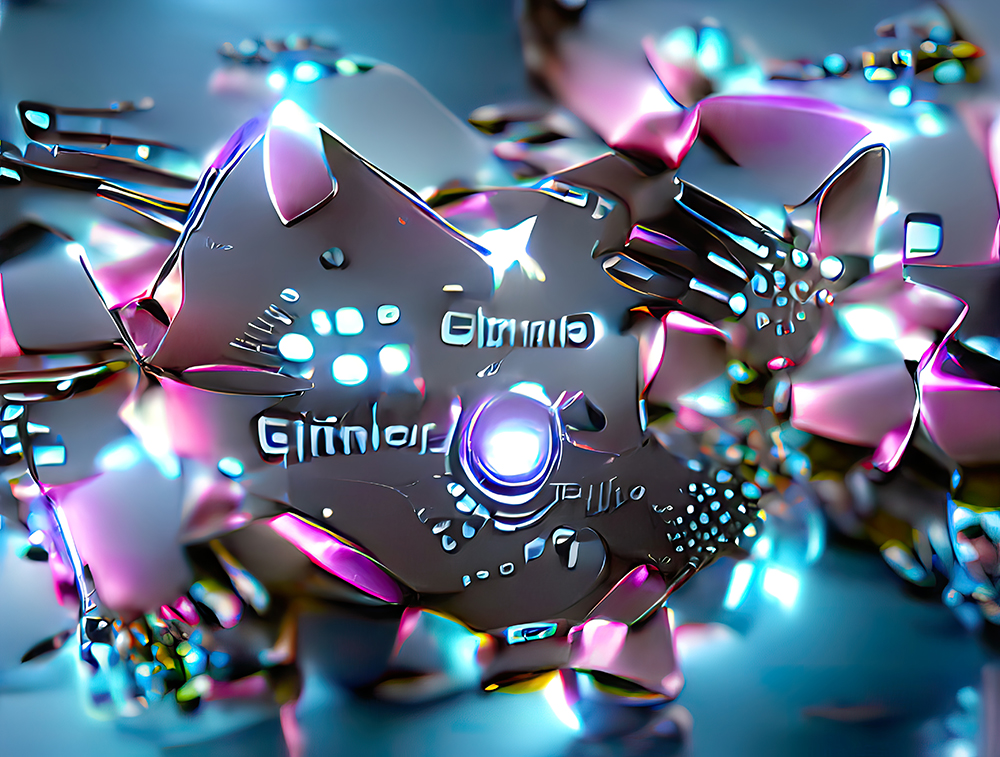 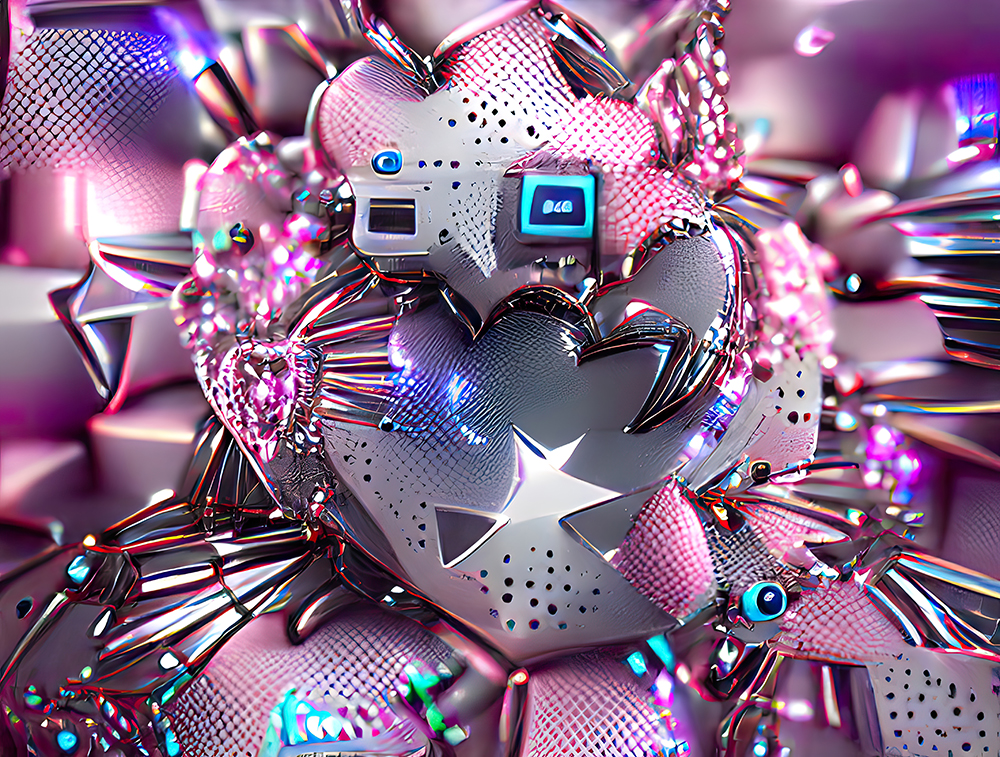 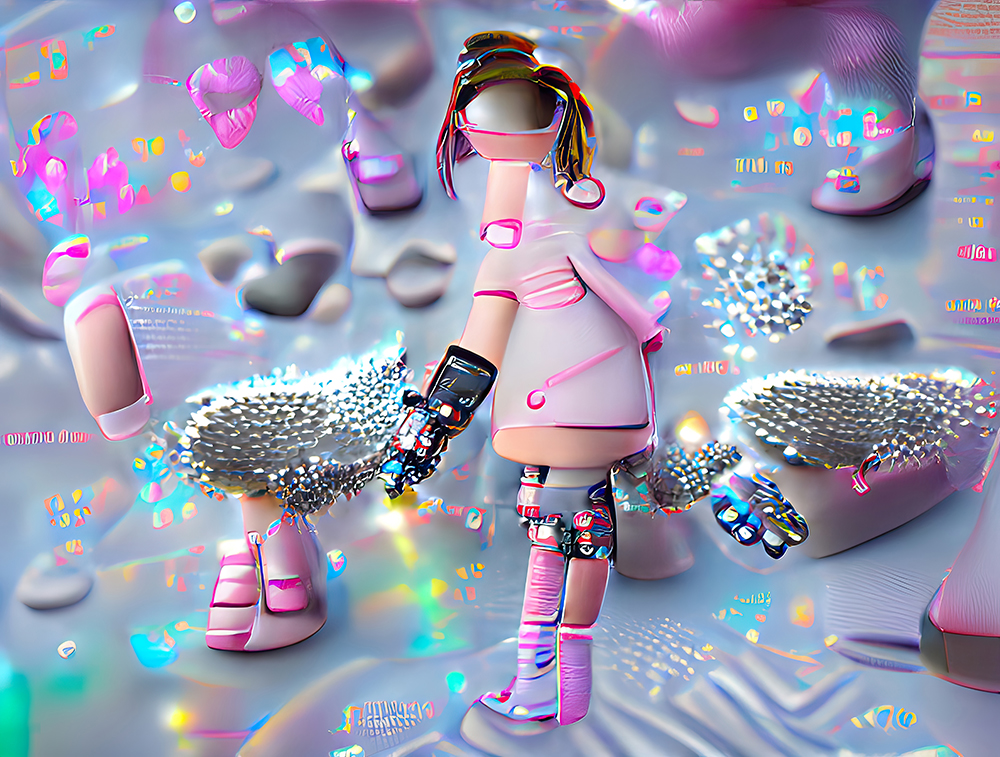 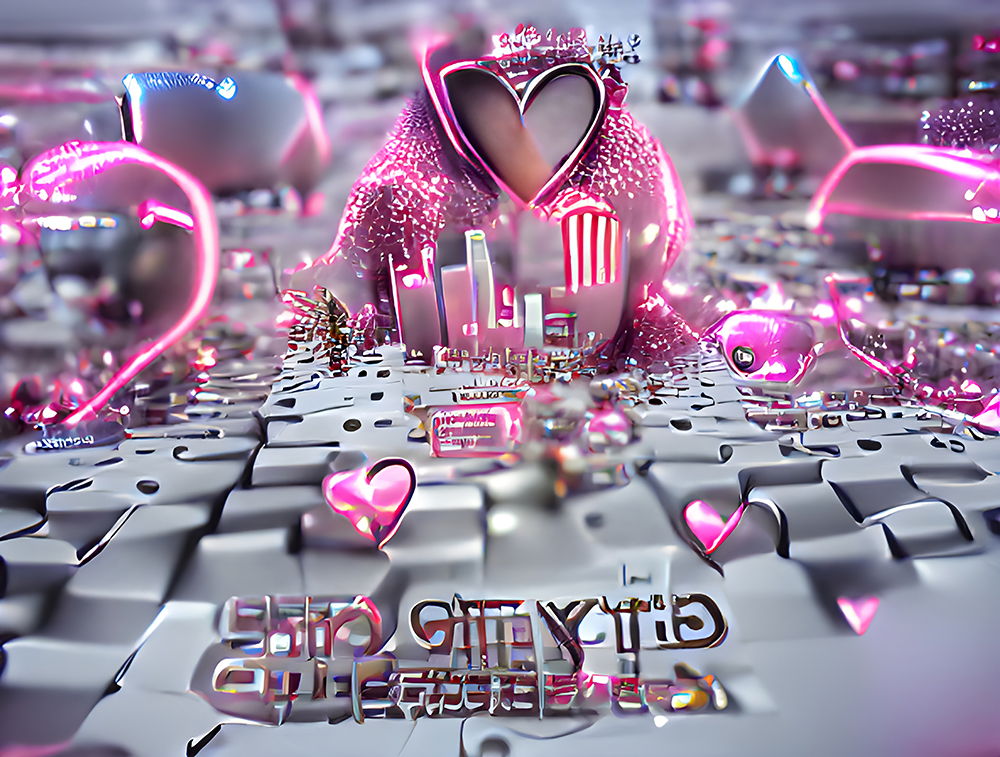 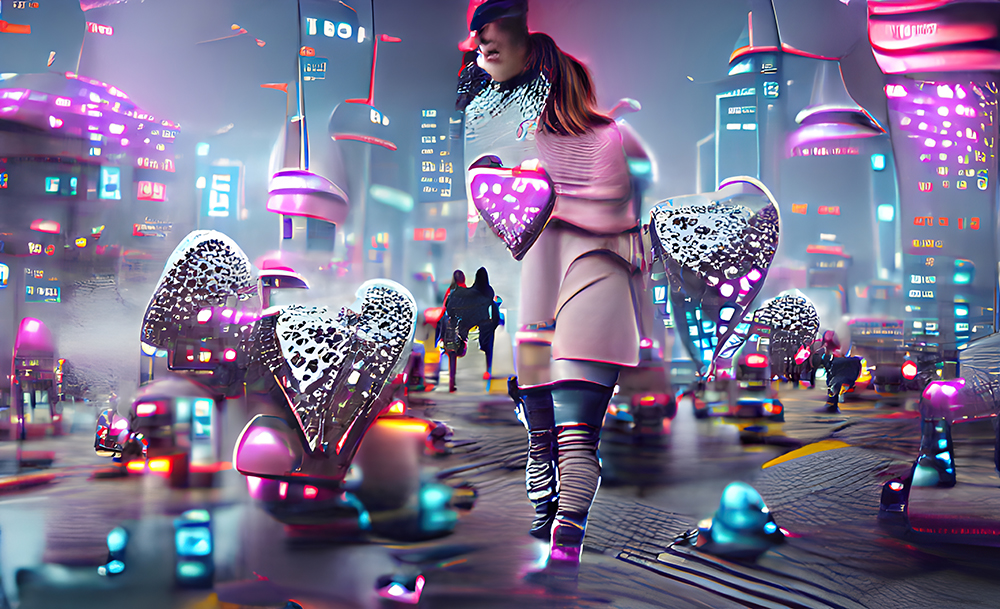 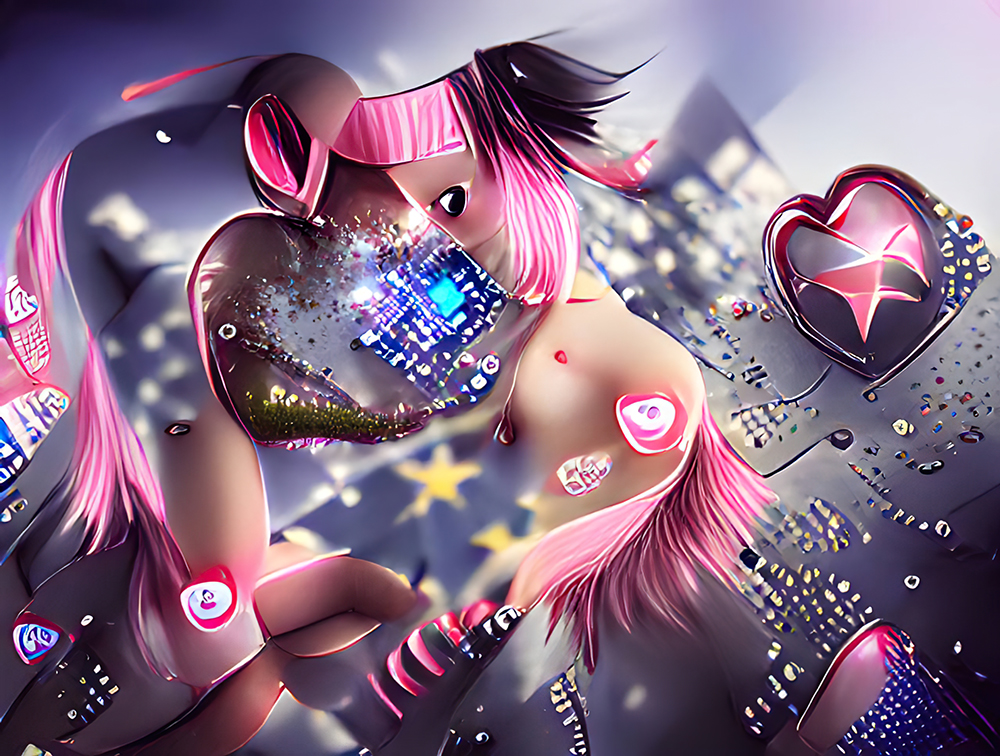 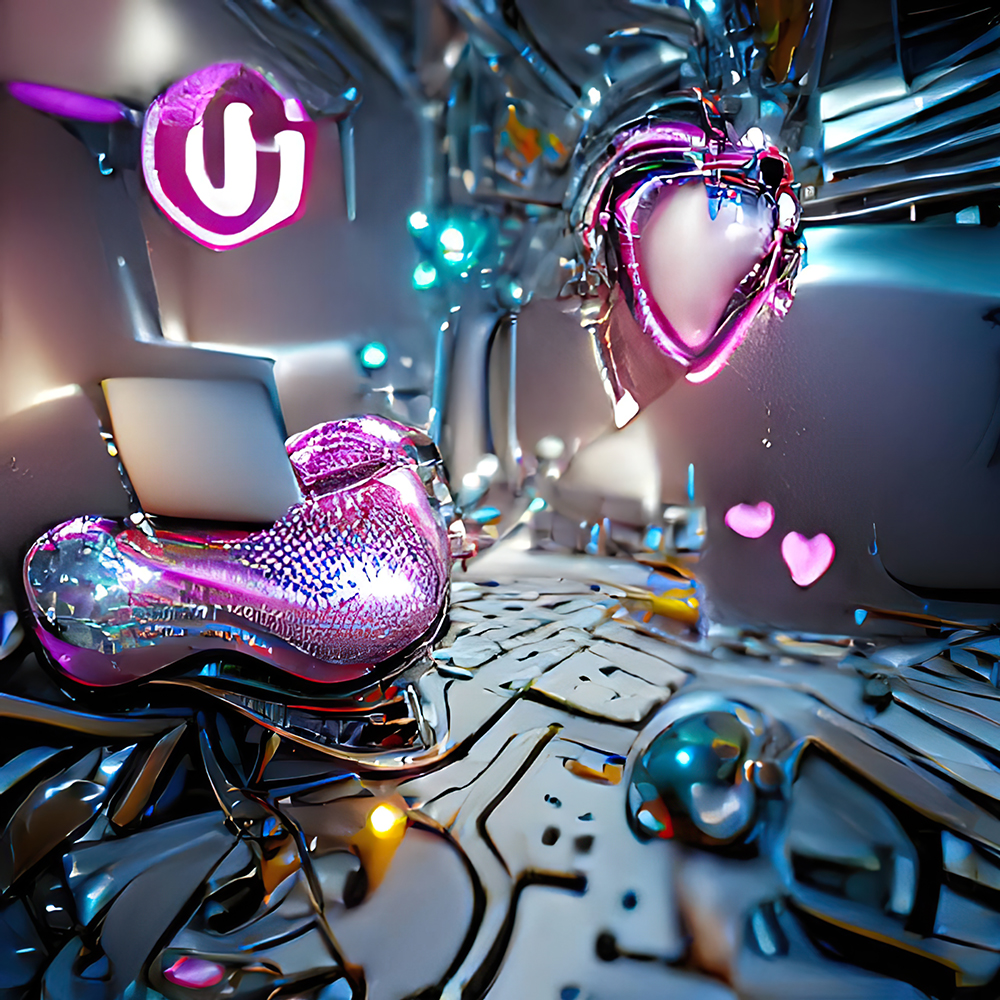 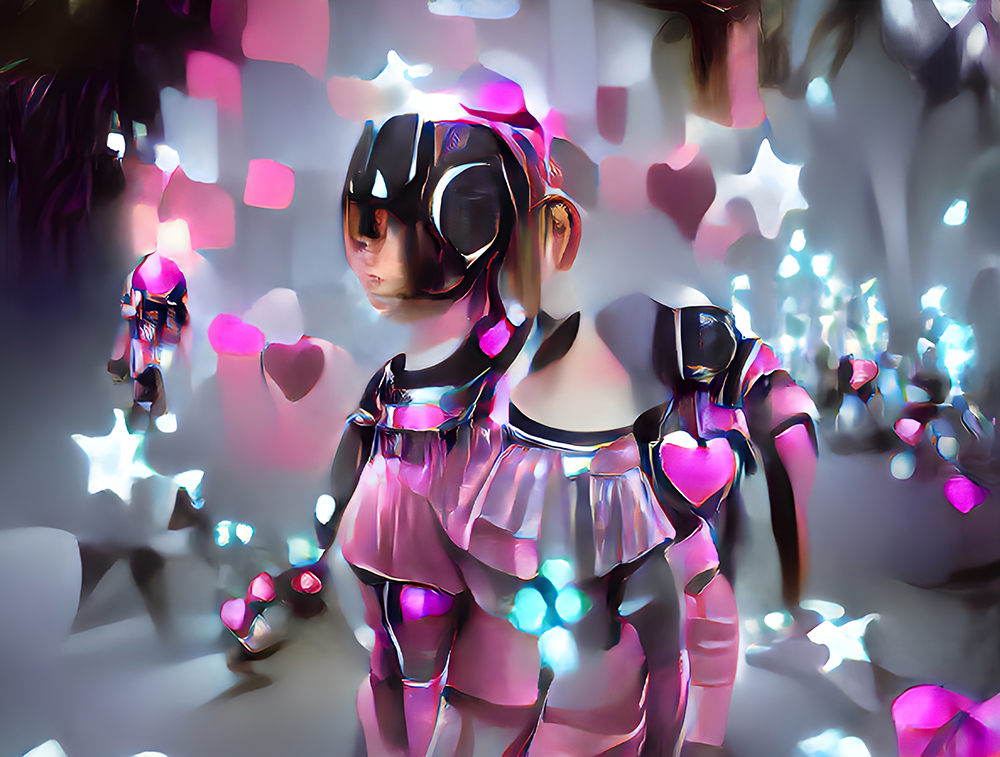